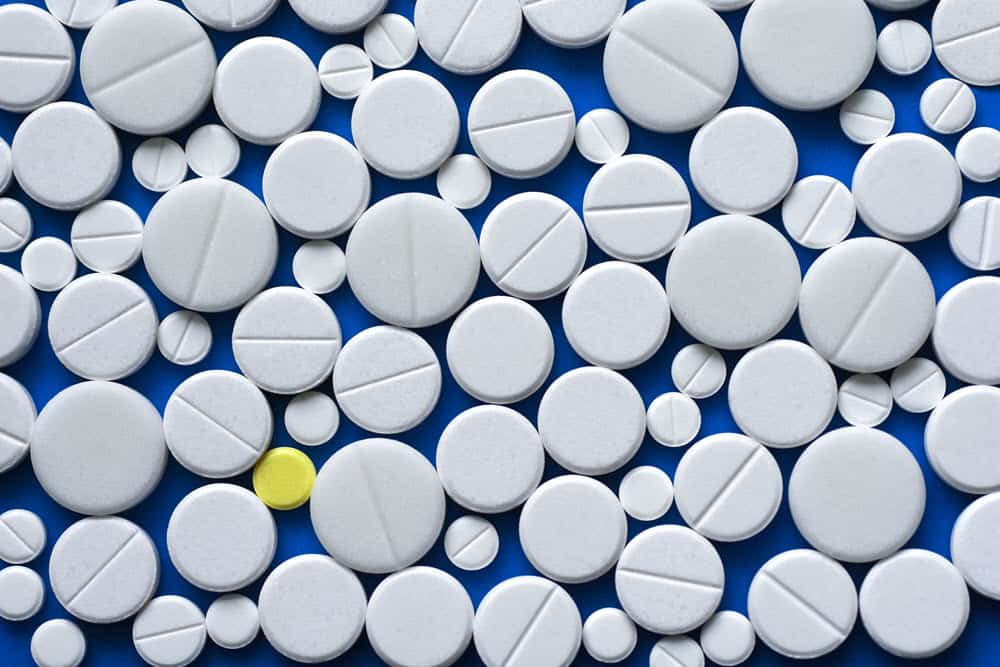 I recently visited my medical doctor because I have been experiencing severe PMS symptoms. They include:

I was hoping my doctor would sign a permission sheet allowing me to work fewer hours per day for the couple of days leading up to my menstrual cycle. She suggested I start taking selective serotonin reuptake inhibitors (SSRIs), a commonly prescribed antidepressant medication. I told her that I had no interest in taking SSRIs for my premenstrual (PMS) symptoms. When she asked why, my automatic response was, “BECAUSE THEY’RE POISON.”

I told her I was more interested in finding the root cause of my PMS and treating the symptoms with lifestyle changes such as more rest. I told her I would prefer to try natural remedies. Her response was, “I can refer you to an OBGYN, but she will most likely say you only have two options: start the birth control pill or start SSRIs.” My doctor then told me that clearly I’m not coping well, and SSRIs are not as bad as I think.

Since I have a very sensitive GI system, I asked my doctor if the cause of my PMS was GI related, since 90% of serotonin in the body is made in the gut. Since she was suggesting a medication that supposedly regulated the uptake of serotonin in the brain, I thought this was a good question. My doctor’s response was, without hesitation, “It’s not related.” She did, though, sign my reduced hours sheet.

OK, hold on, did I overreact?

My immediate reaction to my doctor suggesting that I take SSRIs was that they are poison. Was that an overreaction? I needed to look into why my doctor might be suggesting this treatment.

I work at a university and lucky for me I have full access to medical journals from all over the world, so I started reading. I came across a meta analysis on the use of SSRIs for premenstrual dysphoric disorder (PMDD), which is a severe form of PMS. A meta analysis is when scientists look at a group of studies to examine the outcome of a specific treatment. This meta analysis led by Dr. Nirav Shah was published in the Obstetrics & Gynecology journal in 2008.1 It looked at 29 clinical trials that collectively included 2,964 women. When all of the studies were averaged it showed that the use of SSRIs relieved PMS symptoms by 40%. The symptoms that were reduced were irritability, depressed mood and carbohydrate cravings.

I wanted to know more so I continued reading and came across an article published in Psychosomatic Medicine in 2004 led by Dr. LS Cohen.2 This study looked at SSRIs for PMDD. The study included 313 women who were placed in either a control group (and took a placebo) or a treatment group (and took an SSRI). This study showed more than a 50% improvement in mood symptoms in the treatment group compared to women taking a placebo. This study also showed that at a high dose, SSRIs also helped improve the physical symptoms of PMDD.

What concerned me was the percentage of women who had to drop out of the study due to reactions to the SSRI. (In this case, the SSRI was Paroxetine.) Twenty-three per cent of the women in the treatment group had to stop taking the SSRI due to one or more of the following side effects:

Are SSRIs not as bad as I think?

The meta analysis and Psychosomatic Medicine study showed that SSRIs can significantly relieve PMS and PMDD symptoms. But unfortunately, many women experience side effects that can be worse than their PMS or PMDD symptoms. I visited drugs.com, a popular drug information website. I wanted to know the reported side effects of Fluoxetine. (I decided to look at Fluoxetine because it was the most commonly studied SSRI in the meta analysis.)

Most common side effects include:

​
Other possible side effects include:

If your doctor said that the drug that he or she is prescribing for your PMS or PMDD symptoms may cause death, would you take the drug? Are you willing to take that risk with your body to treat these symptoms?

It’s OK to say “No” to your doctor

This is a sensitive topic. Doctors are respected professionals, and most doctors only want to help you feel better. They are people too though, and no person is perfect or has all the answers.

Your doctor may not have all of the information and experience necessary to help you with your problem. Most were not taught in medical school that there are lifestyle and natural treatments available for PMS and PMDD. A doctor would only know about lifestyle and natural treatment options if he or she studied them in his or her own time. Most doctors are too busy or feel that it is not important to stay up to date on the latest research in natural medicine. In a 10-minute visit, it is easier for them to write a prescription than to discuss lifestyle changes, treatment options, and the benefits and risks associated with a medication.

We live in an amazing time in which information is available at your fingertips via the Internet. If you don’t know if the treatment your doctor is prescribing is right for you, do your own research. Look at the benefits, the possible side effects and alternative treatment options. You know your body and if a treatment suggestion doesn’t seem right to you or if you need to think about or research the topic, don’t be afraid to tell your doctor “no” or “let me consider it.” It is important that you feel comfortable with the treatment you choose because ultimately you are in charge of your health.

Stay tuned for the next article in which we’ll look at natural treatment options for PMS.

What is Reiki Energy?

What is Pre-pregnancy Nutrition?

While going through fertility treatments, Madeline helped me get my eating habits on track. Her professionalism and knowledgeable reports allowed me to stay calm and focus on me. I am now happily seven months pregnant and feeling great! Thanks Madeline.

Madeline is a wealth of knowledge. Her assessment narrowed in on areas I needed to focus on. Like many people, I was having issues that were hard to identify. The food we eat is making us sick. It’s worth the investment to have specific knowledge about your own individual food journey! Madeline will help you get there. A stop towards health now is going to alleviate symptoms but more importantly, its prevention and longevity for the future. Who knows what the food will contain in 30 years!

Madeline Martins’ nutritional advice has changed my life. I’ve gone from having to limit my activities because of chronic stomach pain to being able to participate in just about everything. I haven’t felt this food since I was a kid!

Madeline is a kind and thoughtful practitioner, who really cares for her patients and their well-being. She took the time to ask the right questions to really get a full picture of my health, lifestyle and habits, before making a very thorough report with lots of insight and great recommendations. With her help, I was able to look more closely at my concerns and to improve my overall health in small steps with gradual changes. I was particularly grateful for her knowledge around women’s health, specifically with PCOS. As someone who has struggled for a long time with PCOS, it was so helpful to speak with someone who had put a focus on this in their studies and had excellent knowledge and recommendations on how to manage this condition. Thank you, Madeline!

Madeline did an excellent job of listening to the digestive and reproductive issues I was having. Her recommendations were thorough, and I liked that she gave me a top three list of things to focus on. It can be overwhelming to try and implement too many things at one time. By implementing her recommendations my digestive issues resolved within about a week and within four months I was expecting a baby. Thanks Madeline!

Madeline is very thorough and detailed oriented. She had forms for me to fill in which had numerous questions that let her clearly analyze many aspects of my nutritional habits. There were questions about digestion, health, exercise, and even the type of water I drank. Everything was analyzed, and I was given some meal plans to follow as well as some recipes to try. Madeline was thorough and very professional with all the help she gave.

Madeline is passionate about nutrition and really knows her stuff. She does a lot of research and is keen to find answers for her clients, to help them feel better and reach their goals. If you need firm, clear guidance on a health issue that’s concerning you, consider meeting with Madeline! 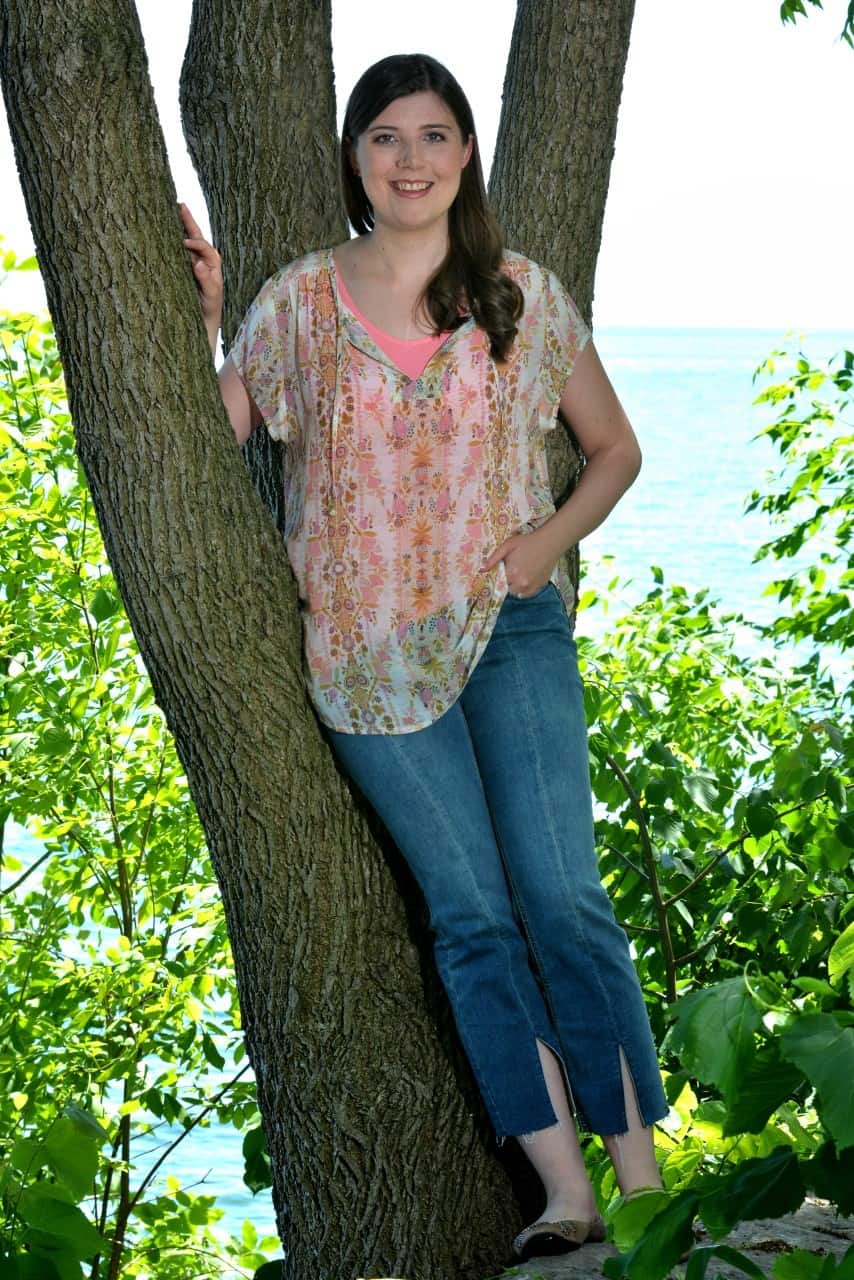 If you’re struggling with a health concern now, I want you to know that you are not alone, and not out of options, solutions or hope. You might be feeling frustrated with the health care system and by your physician not taking your concerns seriously. I’ve been through many of the same frustrations with my health as you are having. I believe that health is the ability to live your dreams. If poor health is holding you back, reach out to me and let’s start regaining your health.